Binaural Beats – Facts and History Of A Magic Sound

I’ve just come across binaural beats. Even after a decade of visualizion, mediatation and reading Shakti Gawain, Eckhart Tolle, Deepak Chopra and even Anthony Robbins, I had not come accross the binaural beats. Only after stumbling accross the Unexplainable Store have I been exposed to the magic that is binaural beats.
Binaural beats are specially generated sounds, designed to alter brainwaves – bringing about different states of mind, such as happiness, creativity, or relaxation or other. They are said to be perfectly safe, non-addictive, and can be used as often as one likes.
Experimenting with sounds is nothing new. For a long time, scientists knew that the frequency from 8 – 12hz, the Alpha frequency, is present when people are in a specific state of mind, in this case they are in what could be considered a super learning state or a positive state of mind. The problem with these frequencies is that we cannot hear them. We pick up frequencies from 20 to 20,000hz. Frequencies as low as 8hz cannot be heard by humans.
Scientists however have found a method so humans can pick up these frequencies. In fact it was the German reseracher H.W Dove, who in 1839 discovered that by playing two coherent sounds of similar frequencies into each ear, one could produce a third, binaural beat, inside the mind and therfore directly influencing the brain. 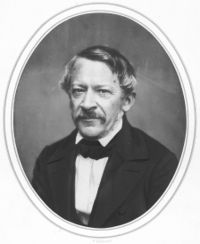 To understand this better, here is an example. When the perceived beat frequency corresponds to the delta, theta, alpha, beta, or gamma range of brainwave frequencies, the brainwaves entrain to or move towards the beat frequency. For example, if a 315 Hz sine wave is played into the right ear and a 325 Hz one into the left ear, the brain is entrained towards the beat frequency 10 Hz, in the alpha range. Since alpha range is associated with relaxation, this has a relaxing effect or if in the beta range, more alertness. An experiment with binaural sound stimulation using beat frequencies in the Beta range on some participants and Delta/Theta range in other participants, found better vigilance performance and mood in those on the awake alert state of Beta range stimulation. Download FREE SAMPLES HERE!