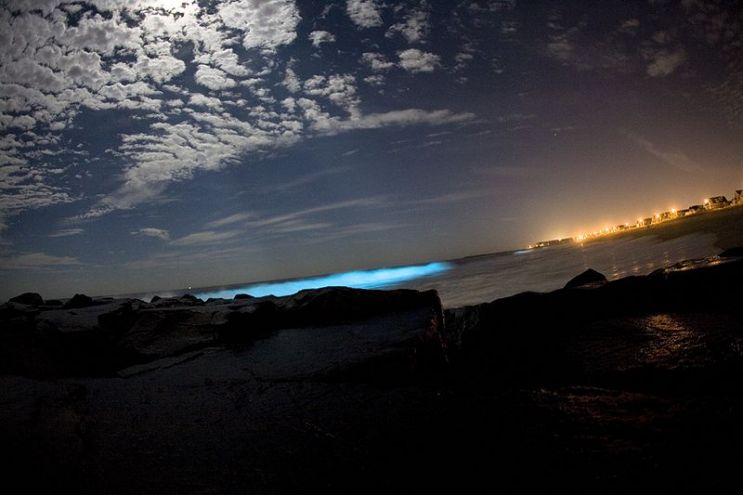 Have you ever encountered an eerie glowing sea on a beach at night? Perhaps you were on holiday?  It’s a phenomenon known as Bioluminescence. Glow man glow! 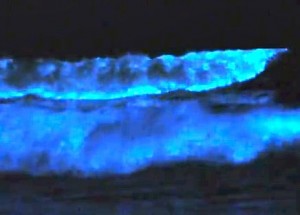 Magical isn’t it? But it’s biology, not magic that causes it. Here your questions are answered:

Bioluminescence is the production and presentation of light by a living organism.

Where does the word come from?

Its name comes  from the Greek bios for “living” and the Latin  lumen “light”.

How does it work?

Bioluminescence is a naturally occurring form of a chemical reaction causes energy to be releasedin the form of light emission. It can be found in a number of marine, and land-based animals and plants, including fireflies, anglerfish and krill. 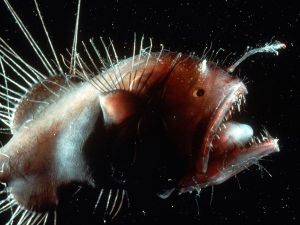 The molecular details vary from organism to organism, but each involves a reaction between:

Why do animals use it?

Various reasons depending on species. Fireflies use their flashes to attract mates. Anglerfish use it to attract small fish into their jaws. Others like deep sea squids, use it to confuse predators. It can also be seen in Glow-worms and jellyfish. Here fireflies glow by a road in the US at twilight: 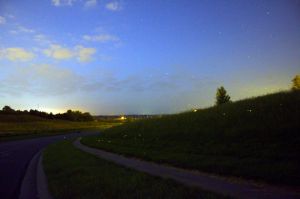 Where can I see it?

Apart from visiting areas where these animals are found, the marine phenomenon can best be seen on moonless nights. In fact scuba divers can cause the reaction in plankton by waving theit arms about, creating an eerie glow in the water. It can commonly be seen in the bow wave or wake of a ship on a dark night, caused by a certain type of algae.

The more rare “milky sea” phenomenon where the sea has a glow for miles around, is more likely to be encountered in the Indian Ocean of the Caribbean. Some holiday destinations have trips out to areas where bioluminescence at sea can be found, such as off Peurto Rico, the Cayman Islands and off the coast of California. The “milky sea” has also been experienced in seas off of beaches in Australia. 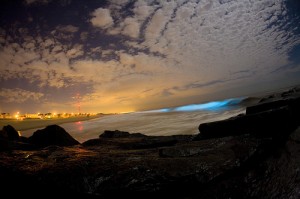 Can I grow my own bioluminescent algae?

Yes. There are websites selling the materials and organisms for you to cultivate your own.

Do humans have any bioluminescence?

Yes, but it is so weak that it can’t be seen without special detection equipment. The intensity of the light emitted by the body is 1000 times lower than the sensitivity of our naked eyes. Ultraweak photon emission is known as the energy released as light through the changes in energy metabolism.  However whether it is genuine chemical luminescence is in doubt. It would not appear to have any purpose if we or others can’t detect it. Yet others swear that a visible glow can be seen with the naked eye in the darkened Hospital rooms of ill patients. The jury is still debating that one! 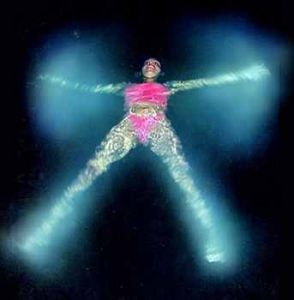 e expected anytime and in any region or depth in the sea. Its most common occurrence to the sailor is in the often brilliantly luminescent bow wave or wake of a surface ship. In these instances the causal organisms are almost always dinoflagellates, single-cell algae, often numbering many hundreds per liter.