Everyday More Evidence For The Extra-Terrestrial 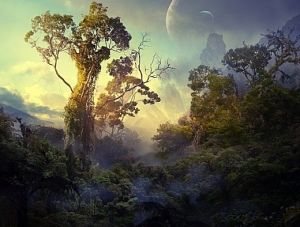 Once in a while I stumble accross a piece of fascinating news which I like to share here!
I have seen the story on MyWay.com. Click on the link below to read the whole story! In essence it says that to believe now that Earth is the only place harboring life is essentially like believing in miracles and Scientists don’t tend to believe in miracles!

taken from myway.com…
Lately, a handful of new discoveries make it seem more likely that we are not alone – that there is life somewhere else in the universe.
In the past several days, scientists have reported there are three times as many stars as they previously thought. Another group of researchers discovered a microbe can live on arsenic, expanding our understanding of how life can thrive under the harshest environments. And earlier this year, astronomers for the first time said they’d found a potentially habitable planet.

“The evidence is just getting stronger and stronger,” said Carl Pilcher, director of NASA’s Astrobiology Institute, which studies the origins, evolution and possibilities of life in the universe. “I think anybody looking at this evidence is going to say, ‘There’s got to be life out there.'”

3 thoughts on “Everyday More Evidence For The Extra-Terrestrial”