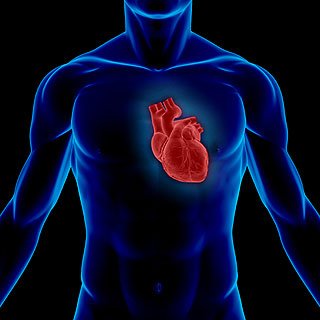 More than 1 million Americans have Heart Attacks each year.  In Britain it’s one of the major killers. But new research published this week gives hope to those who have suffered a heart attack, and are left with weakened hearts and a poor prognosis. A heart attack, or myocardial infarction (MI), is permanent damage to the heart muscle. “Myo” means muscle, “cardial” refers to the heart, and “infarction” means death of tissue due to lack of blood supply. Let’s examine what happens during a heart attack and then see how the new discovery may be able to help. 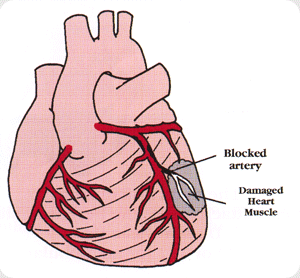 The heart muscle requires a constant supply of oxygen-rich blood to nourish it. The coronary arteries provide the heart with this critical blood supply. If you have coronary artery disease, those arteries become narrow and blood cannot flow as well as they should. Fatty matter, and inflammatory cells build up within the arteries to form plaques of different sizes. The plaque deposits are hard on the outside and soft and mushy on the inside.

When the plaque is hard, the outer shell cracks (plaque rupture), platelets (disc-shaped particles in the blood that aid clotting) come to the area, andblood forms clots around the plaque. If a blood clot totally blocks the artery, the heart muscle becomes “starved” for oxygen. Within a short time, death of heart muscle cells occurs, causing permanent damage. This is a heart attack.

Each coronary artery supplies blood to a region of heart muscle. The amount of damage to the heart muscle depends on the size of the area supplied by the blocked artery and the time between injury and treatment.

Healing of the heart muscle begins soon after a heart attack and takes about eight weeks. Just like a wound on the outer part of the body, the skin, the heart’s wound heals and a scar will form in the damaged area. But, the new scar tissue does not contract. So, the heart’s pumping ability is lessened after a heart attack. The amount of lost pumping ability depends on the size and location of the scar. The bigger the scar, the greater the problem.

For the first time, researchers have converted scar tissue that forms after a heart attack into regenerated heart muscle using microRNA, according to an animal study reported in Circulation Research, an American Heart Association journal.

After a heart attack, heart muscle doesn’t easily regenerate and it accumulates scar tissue, made up of cells called fibroblasts — increasing risk for heart failure.

“Researchers have tried various approaches, including the use of stem cells, to regenerate damaged heart muscle tissue,” said Victor J. Dzau, M.D., the study’s senior author and James B. Duke Professor of Medicine at Duke University Medical Center in Durham, NC. “This is the first study to use microRNA, which are small molecules that control gene expression, to reprogram fibroblasts into heart muscle cells. We have not only shown evidence of this tissue regeneration in cell cultures, but also in mice.” 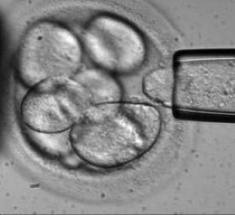 Using microRNA is simpler than many other tissue-regenerating approaches. For example, stem cells aren’t easy to work with and have ethical issues surrounding their use. It is reported that this research represents a major advance in regenerative medicine overcoming the difficulties encountered with stem cells, and may be applied to other conditions of tissue damage such as stroke and spinal cord injury.

MicroRNAs serve as master switches. Each microRNA regulates genes, turning them on or off. Dzau’s team identified a combination of three microRNA types that convert fibroblasts to muscle cells. Researchers will next study whether microRNAs repair damaged hearts in larger animals and improve heart function. If those studies prove safe and effective, they will start human studies, Dzau said.

“If everything comes to fruition, I think we will see this as a therapy in the next decade,” Dzau said. “Conceivably, we’ll use it to regenerate hearts damaged by heart attacks, avoiding heart failure and saving lives.”

It is also highly likely that if this technique works with the heart, it can be used for other organs of the body, including te kidneys and the liver.

One thought on “Heart Attacks: New Hope for Regeneration”