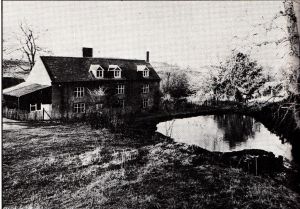 The 1973 movie “Don’t Look Now” with Donald Sutherland is a masterpiece, a movie I personally could never forget and I can recall most of it, even though it has been 20 years since I have last watched it.
Up to only a few days ago I wasn’t aware that the movie is involved in a dramatic case of precognition. Whilst it is not unusual that art immitates life, there are some disturbing cases where life imitates art and “Don’t Look Now” is one of them.

In the movie, a couple are haunted by the spirit of their young child who had drowned in a pond outside their home. The mother of the child was portrayed by Julie Christie. The fictional plot became true in March 1979 for Jonathan and Lesley Heale, who were living at Julie Christie’s farmhouse in Wales. The film star was just visiting and shortly after Julie Christie leaves, Lesley Heale found her 22 month old son floating in a large duck pool near the house. She waded in and recovered him, just as the father in the film had done. The boy had drowned in just 2 feet of water. 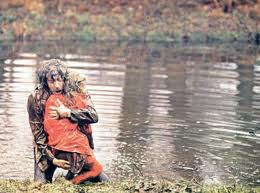