Thanks to Marie for this outsanding response to Weighing The Human Soul:

It might be interesting to know what the Bible says on the topic of souls, both human and amimal. The word “soul” is translated from the Hebrew ne’phesh ,and from the Greek psy’khe. The Bible’s usage shows the Soul to be a person or animal or the life that a person or animal enjoys.

Genesis says that God formed Man and blew into his nostrils the breath of life ,amd Man “became” aliving Soul. God created “swarms of living souls”. There are hundreds of instances in the Bible of human and animals being described as being “Souls”.Soul is not the same as spirit. Spirit is translated from the Hebrew word ru’ach,and Greek psy-khes , life force .Eccl.3.19 shows that man and beast have same ru’ach ,and at death this spirit goes back to God who gave it .Last but not least Psalm146:4His spirit goes out,he goes back to the ground;in that day his thoughts do perish.

Humans do not float off to heaven, at death nor are they re-incarnated.  Humans survive in Gods memory where they wait a ressurection to the earth after it has been cleansed of badness. 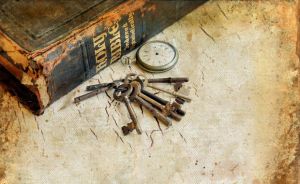