Hydrogen Mini-Forests of the Future 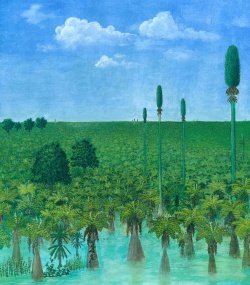 “Hydrogen Mini-Forests of the Future? Errr what’s that all about then?”  Read on and discover!

Whatever you may think about the pursuit for greener energy and renewable power, there’s no denying that scientists, inventors and innovaters have been given renewed impetus by the challenges of reducing our carbon footprint. We’ve seen advances in solar power and wind power- solar panels now adorn many a domestic and factory building roof, while majestic giant wind turbines are become a much more common sight. 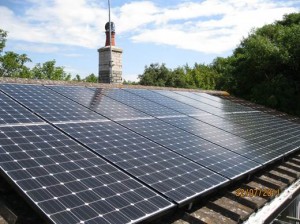 Now, another field, nanotechnology, has emerged as a new player in the quest to develop the cleanest power sources imaginable. In the simplest terms, nanotechnology is a discipline combining science and engineering with a focus on the use of infinitesimally small, or nano, particles. Previously, nanotechnology has been used in more material applications, such as creating a waterproof film for products ranging from windscreens to windbreakers. Nice, but hardly going to change the planet!  However, as the industry grows, engineers are realising further applications of the technology. In fact the skies the limit. Beyond the skies in fact- all the way to the sun!

Recently, a team of researchers at the University of California in San Diego released the results of a fascinating study involving the use of nanotechnology to convert solar energy into hydrogen power. This experiment is ground breaking for many reasons, but mainly due to the fact that hydrogen has long been seen as one of the most attractive, but so far unaffordable and impractical, solutions to green energy needs. Most attempts to utilise hydrogen gas as fuel have shown that it can be rather expensive to produce in adequate quantities and that the production thus far has required the use of fossil fuels, which somewhat defeats the purpose! 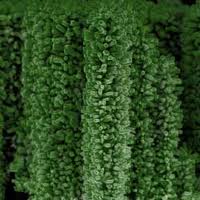 But the team of electrical engineers in California attempted to solve these problems by coming up with a unique method to create and harness hydrogen gas. Using nanotechnology, they created microscopic ‘trees’ that were then placed in water and exposed to sunlight. As they absorbed the sunlight, they created a chemical reaction in the water around them to form hydrogen gas, which then rose to the surface of the water, ready for collection. In fact it all sounds so very simple doesn’t it?

The true brilliance of this process lies in the details. The scientists took their inspiration from nature, emulating the efficiency of trees in absorbing and converting sunlight into energy.

Did you know that trees can harvest solar power more efficiently because of their shape? Flat surfaces cannot absorb sunlight very effectively, as seen in satellite images of the Earth showing forests as dark areas because they do not reflect sunlight in the same way as oceans or deserts. The creation of miniscule ‘nanotrees’ provides vastly more points of transfer for electrical charges derived from sunlight to be more efficiently delivered to water molecules.

To create each nanotree, researchers formed tiny nanowires made from silicon and placed them in a zinc solution. A chemical reaction between the silicon and zinc caused each wire to grow zinc oxide ‘branches’ and thus forming the nanotree. These resulting nanotrees are so tiny that 10,000 of them could easily fit within a cross-section of a human hair. The experimenters then created a forest of these nanotrees and placed them in a solution containing water. When placed in the sunlight, the ‘trunks’ of the nanotrees absorbed the light and transferred it through their zinc oxide branches to split the surrounding water molecules into hydrogen atoms. The hydrogen gas then bubbled up through the solution for collection and storage.

The results of this experiment are trailblazing not only because they offer yet another method in which to generate energy from solar power, but also because they suggest a new process for the creation of hydrogen fuel without harming the environment.

Of course one of the problems of using solar energy is that, as we know in the United Kingdom, when the sun doesn’t shine, solar energy isn’t created. But this discovery could mean that hydrogen fuel could be stored and transported, thus expanding the capabilities of solar power. Areas without reliable levels of sunlight could then use clean hydrogen fuel generated from solar rays thousands of miles away. This is a very exciting prospect for the future of renewable energy.