A Nutty Way to Cheat Death?

Eat nuts, and live longer. That seems to be the outcome of a large study supported by National Institutes of Health and a research grant from the International Tree Nut Council Nutrition Research & Education Foundation. One of the key findings was that people who ate a daily handful of nuts were 20 percent less likely to die from any cause over a 30-year period than those who didn’t consume nuts. And this conclusion isn’t from a bunch of wobbly pseudo-scientists; the people who were engaged to do the spadework were  say from the Harvard-affiliated Dana-Farber Cancer Institute, Brigham and Women’s Hospital  and the Harvard School of Public Health. Their report was published in the respected New England Journal of Medicine. 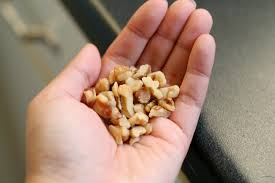 The research also found that regular nut-eaters were slimmer than those who didn’t eat nuts. It was previously believed that heavy nut-eaters were prone to obesity. The report also looked at the protective effect of nut-eating on specific causes of death.

Charles S Fuchs, the Director of the Gastrointestinal Cancer Treatment Centre at Dana-Furber, a professor of medicine at Harvard Medical School and senior author of the report , said;

“The most obvious benefit was a reduction of 29 percent in deaths from heart disease — the major killer of people in America. But we also saw a significant reduction — 11 percent — in the risk of dying from cancer.”

The reduction in mortality was similar for both peanuts (a legume, or ground nut) and for tree nuts — walnuts, hazelnuts, almonds, Brazil nuts, cashews, macadamias, pecans, pistachios, and pine nuts. 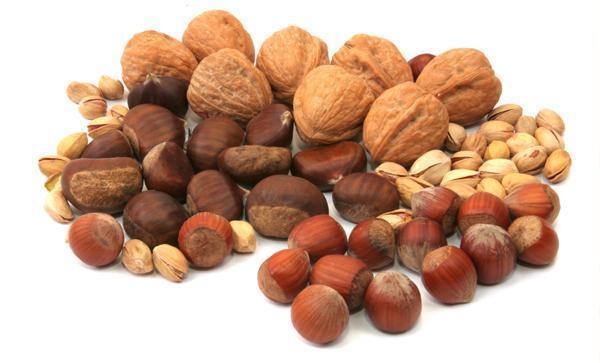 What about previous studies on the effects of nuts on life and death?

Several previous studies had found an association between increasing nut consumption and a lower risk of diseases such as heart disease, type 2 diabetes, colon cancer, gallstones, and diverticulitis. Higher nut consumption also has been linked to reductions in cholesterol levels, oxidative stress, inflammation, adiposity, and insulin resistance. Some small studies have linked an increase of nuts in the diet to lower total mortality in specific populations.

As part of the study, participants in the studies filled out detailed food questionnaires every two to four years. With each questionnaire, participants were asked to estimate how often they consumed nuts in a serving size of one ounce. A typical small packet of peanuts from a vending machine contains one ounce. The researchers found that individuals who ate more nuts were leaner, less likely to smoke, and more likely to exercise, use multivitamin supplements, consume more fruits and vegetables, and (perhaps surprisingly) drink more alcohol. However, the detailed analysis was able to isolate the association between nuts and mortality independently of these other factors.

Ying Bao of Brigham and Women’s Hospital and first author of the report said:

One thing is for certain, there’s always going to be a bowl of nuts on my coffee table from now on!