There ARE Such Things as Vampires! 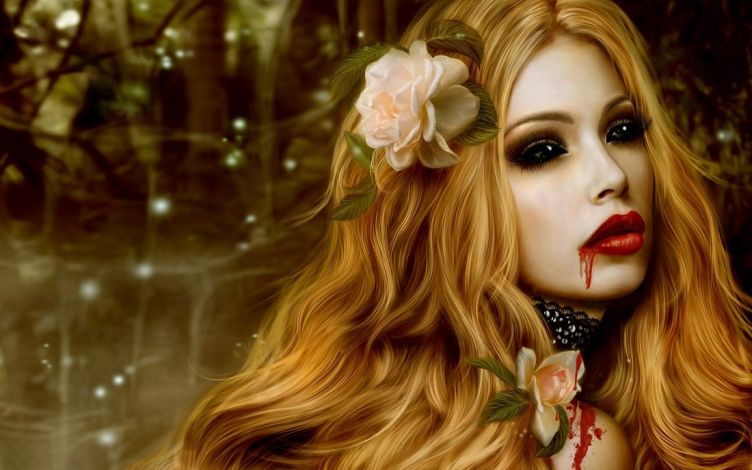 If you study the legends about vampires (and maybe some of the many TV series and films that include them) you’ll know that they drink human blood, can fly, hate sunlight (and werewolves), and get agitated in the presence of crucifixes and garlic, and live a long time unless they are brought to an untimely end via a wooden stake to the heart. All myth right? Well, probably, but if you cut away all the special effects like turning into bats,  flying, and living for eons, then there ARE vampires here on earth now. They have, or claim to have, an overwhelming compulsion to drink human blood. These people who are genuine blood drinkers are known as sanguine vampires, or sang vamps for short. 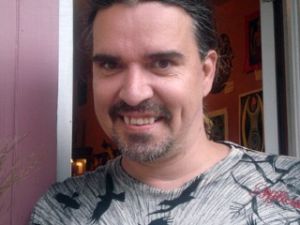 Human blood cannot be readily digested or have any goodness extracted from it. It will be passed out of the body as faeces, urine and or sweat (reach for that deodorant!). That means that there is no physical reason to crave the blood of fellow humans. The sanguine vampire communities are close knit, secretive and rarely expose themselves. They tend to give blood to each other rather than obtain blood from non-sect members. There’s a reason for this- while ingested blood may not provide the human body with any benefits, all the illnesses and diseases that can be passed on through blood, make the source of the blood to be consumed a real health & safety issue. 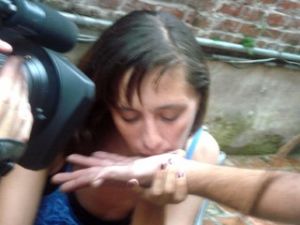 Interestingly, the vamp communities are not all crackpots who dress up in red-lined capes and sharpen their incisors. Many are people who hold down “normal” jobs and only indulge their hobby at weekends or at sang vamp camps every few months. Some groups believe that consuming human blood does indeed give them longevity and other powers, some just like the taste! Looking around sanguine vamp websites, there does seem to be a link between sex and blood drinking. Some men claim that drinking a little of their partner’s blood gives a Viagra-like effect and brings greater satisfaction from the love-making. Others, mainly women say that they find the taste of  “normal” food abhorrent and have to mix in some human blood with it to make it more palatable.

Many sanguinarians say thay have tried other blood types fron animals, but none is as satisfying as 100% genuine human blood. One said:

But there’s also a health risk in drinking “healthy” blood that doesn’t have any toxins or viruses in it.  Blood is iron-rich — and because the body has difficulty excreting excess iron — all animals , including humans, that consumes blood regularly runs a risk of iron overdose. This condition, called haemochromatosis, can cause a wide variety of diseases and problems, including liver damage, buildup of fluid in the lungs, dehydration, low blood pressure, and nervous disorders. Blood-sucking animals such as vampire bats and fleas and the like have specially adapted ingestion and alimentary canal systems that can take the high iron content. Humans haven’t got such systems, so sang vamps are taking a risk each time they are taking a snack.

There’s quite a few sang vamps in New Jersey in the US. Here is Ra Ubasti a 27-year-old Jerseyan sanguine vampire who participates in blood rituals with a group called the Court of Lazarus. The court encompasses about 50 citizens, many tied to subgroups called clans. 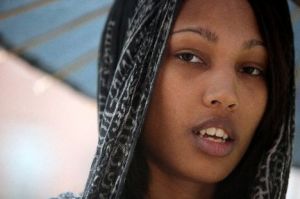 As for me? well I find the smell and taste of blood revolting- from nosebleeds where the blood goes down the back of your throat when you hold your head up, to sucking it up when you’ve cut a finger until you can get a plaster.  Yuk.  Guess that means no Sanguine Vampire initiation for me- it would just make me see red!