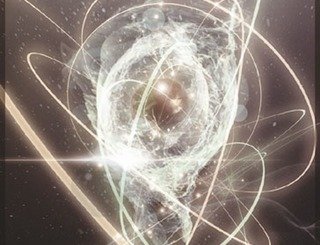 It’s almost unheard of for scientists to break into impromptu applause while at a press conference, or to be queuing up to heap praise on a discovery that’s been in the offing for dedcades. But that is what happened today. It is an indication of just how important and dramatic the statement is that physicists have evidence of  the “strongest indication to date” to prove the existence of the Higgs boson particle. That is the elusive subatomic particle that is so fundamental to the understanding of space, time and matter that the physicist Leon Lederman nicknamed it “the God particle.” 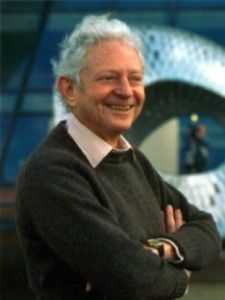 The particle was first proposed in the 1960s by the English physicist Peter Higgs. But the international effort to find it has taken decades, and culminated in the construction of the large Hadron Collider in Switzerland where tremendous amounts of energy are expended to smash subatomic particles into each other in giant underground tracks, where they are steered by magnetic fields. Several different experiments have been done by independent teams to ensure accuracy and no skewed results. 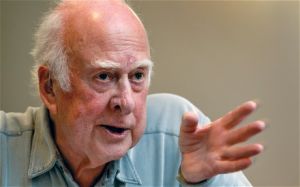 Physicists say the Higgs boson would help explain why we, and the rest of the universe, exist. It would explain why the matter created in the Big Bang has mass, and is able to bind together. Without it, as CERN explained in a background paper, “the universe would be a very different place…. no ordinary matter as we know it, no chemistry, no biology, and no people. Scientists believe they have at last captured the elusive “God particle” that gives matter mass and holds the universe together. 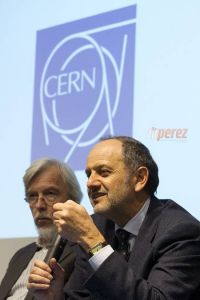 The Higgs Boson particle has a mass that’s around 130 times that of a proton, in the 125-6 GeV mass range, making it the most massive particle that exists.

The two experiments were run independently from each other, and even most of the scientists at Cern had not seen the combined results until this morning.  “We have reached a milestone in our understanding of nature,” said Cern Director General Rolf Heue.

“The discovery of a particle consistent with the Higgs boson opens the way to more detailed studies, requiring larger statistics, which will pin down the new particle’s properties, and is likely to shed light on other mysteries of our universe.”

Professor Higgs, currently at the University of Edinburgh, welcomed the Cern results, saying “I never expected this to happen in my lifetime and shall be asking my family to put some champagne in the fridge.” 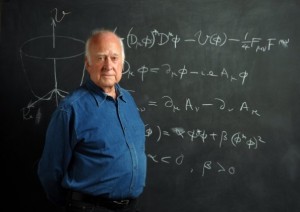 Dr Joel Goldstein, leader of the CMS activity in Bristol, said: “If the Higgs has been finally identified, this will be the biggest particle physics discovery for forty years.”

Scientists said they are now almost 100% certain that the observed particle is the Higgs. The evidence met the usual particle physics threshold for a discovery. The accuracy from the CMS experiment was 4.9 sigma – or about one in three million. 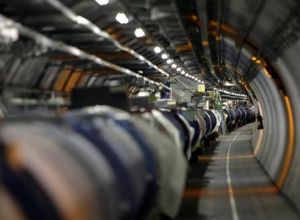 In December last year scientists at the Large Hadron Collider (LHC) – the “Big Bang” particle accelerator which recreates conditions a billionth of a second after the birth of the universe – revealed they had caught a first tantalising glimpse of the Higgs. 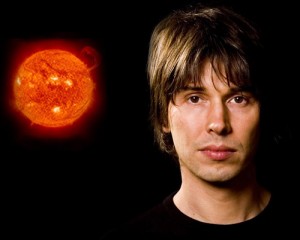 Professors Stephen Hawking and Brian Cox were keen to enthuse and congratulate, and it’s clear that while this isn’t going to solve any current economic problems,  produce limitless green energy, or re-freeze the ice-caps, this is a monumental achievement for humankind. Don’t hold your breath for the glittering prizes to tumble out of this discovery, but some day , as we build on this foundation, they surely will!