The Memrister and ReRAM is Coming for Computers!

How about the possibility of combining your Random Access Memory (RAM) and your hard-drive onto a single storage unit without losing memory when the power is switched off or is interrupted? That would mean that virtually no delay in accessing start-up files when powering up as everything you need would be in your RAM. Would the loading be slow though? No. It could be up to three times faster than the SSD hard disks on the market today.

Solid state storage specialist SanDisk had been working on bringing this new form of system memory, known as ‘ReRAM’ to market. At the time of writing  Sony, Panasonic, Micron, Hynix, DSI and more are now getting in on the act. 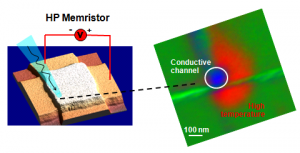 The principle of the ‘memrister‘ (Memory Resister), upon which ReRAM is based, was first mooted in 1971. Memristers work by ‘remembering’ the amount and polarity of current that passes through them as electrical resistance, which enables them to store data in ReRAM. Hewlett Packard believes that memristers have other potential uses as logic gates and switches that “could one day, for example, act like synapses inside computer circuits, mimicking the behavior of neurons in the human brain”.  The  memrister joins the family of resistors, capacitors, and inductors.  But potentially the memrister is the most exciting of the lot. It makes original circuit board resistors look like ancient valve radios! 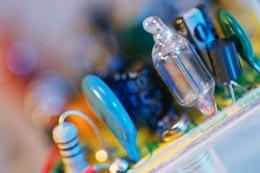 The importance of ReRAM is that it combines the read/write speeds of DRAM – the stuff on those memory chips in your PC – with the non-volatile nature of flash memory. In other words, they don’t forget stuff when you turn the power off. Potentially, it’s the best of all existing technologies: bulk storage that runs at system memory speeds. As mentioned above this means, in theory, that  a PC with enough ReRAM memory in it,  no more loading times, ever. All your data would always be kept in the equivalent of today’s system RAM. On top of that, ReRAM is expected to require little power, and (again in theory) it can be manufactured on tiny manufacturing processes with high yields.

Expect a lot of news about ReRAM and memristers over the coming months!

One thought on “The Memrister and ReRAM is Coming for Computers!”