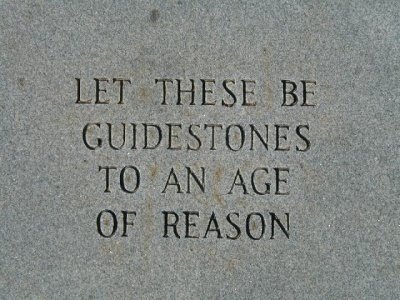 If you haven’t got a Stonehenge, with all its ancient mystical symbolism and message to future generations, then why not build one? 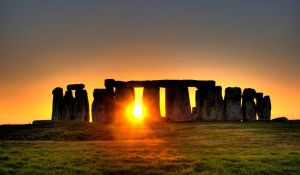 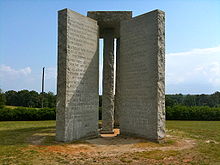 The Georgia Guidestones  a large monument made out of granite and sited in Georgia, United States.. A message comprising ten guides is inscribed on the structure in eight modern languages, and a shorter message is inscribed at the top of the structure in four ancient languages’ scripts: Babylonian, Classical Greek,  Sanskrit and Egyptian hieroglyphs. 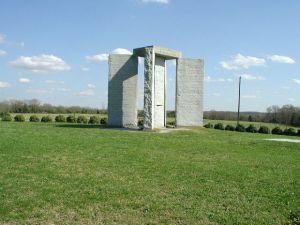 The stone featuring the English version:

In June 1979, an unknown person or persons under the pseudonym- R C Christain hired Elberton Granite Finishing Company to build and place the structure.

A message consisting of a set of ten guidelines or principles is engraved on the Georgia Guidestones in eight different languages, one language on each face of the four large upright stones. Moving clockwise around the structure from due north, these languages are: English, Spanish, Swahili, Hindi, Hebrew, Arabic,Chinese and Russian (what happened to Welsh and Gaelic?!) 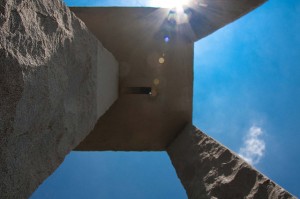 Here are the “rules”: 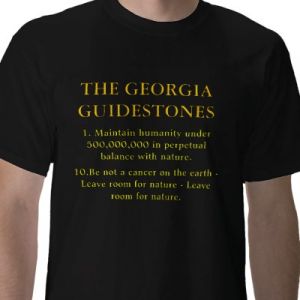 Like Stonehenge in England, there are astronomical features: The four outer stones are oriented to mark the limits of the 18.6 year lunar declination cycle.The centre column features a hole through which the North Star can be seen regardless of time, as well as a slot that is aligned with the Sun’s solstices and equinoxes.  A 7/8″ aperture in the capstone allows a ray of sun to pass through at noon each day, shining a beam on the center stone indicating the day of the year.


Many people have praised the inscribed messages as “a stirring call to rational thinking,” while opponents have labeled them as the “Ten Commandments of Satan.

In 2008, the stones were defaced with polyurethane paint and pathetic slogans and graffiti. Crackpot conspiracy theories abound. Depending on who you ask, they were designed by Lucifer, ancient aliens, Freemasons, from measurements handed down from the Sumerians, or the Illuminati.