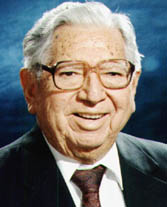 Jose Silva (1914-1999) was born to poor parents in Laredo, Texas, on the Mexican border. As a six year old boy he began to support his family, after his father died as the result of a terrorist act during the Mexican revolution. Jose learned to read and write on his own – in both English and Spanish. Instead of going to school, he earned money for his family by selling newspapers on the streets of Laredo, and shining shoes, and doing odd jobs.
By the time he was a teenager, he was an employer and hired other youngsters to work with him, going door to door to sell merchandise he purchased in San Antonio. The youngsters were earning as much money after school as their parents earned working full time. And young Jose was earning as much every day as the typical adult in Laredo earned in a week. He became a radio repairman and later became an instructor for the United States Army Signal Corps. The move from these humble beginnings to the head of a massive business empire based on the Silva method of thinking, with a claimed 6 million users worldwide, began with Ohm’s Law!
He had an interest in the human mind and studied psychology – the study of human behaviour- and the works of Freud, Jung and Adler. One of the things he learned is that the brain operates on a small amount of electrical energy, and that this electric current vibrates or pulsates at different rates. Sometimes the brain’s electrical energy vibrates rapidly, twenty times every second, referred to as twenty cycles per second, abbreviated twenty cps. Sometimes it vibrated slower, at ten cps, or five cps. Then he drew on his experience in radio repair, and realized that some radios sound better than others. What makes the difference in a good electrical circuit, and a bad one, he wondered?
Ohm’s law states that the current through a conductor between two points is directly proportional to the potential difference across the two points. Introducing the constant of proportionality, the resistance, one arrives at the usual mathematical equation that describes this relationship:

In plain English, this means that if you can reduce the resistance in an electrical wire, a proportionately increased amount of electricity can flow along the wire. Jose Silva said that he applied this theory to the human brain, asking the question “What would happen if you could reduce the resistance in the human brain?” Would doing this cause it to be more efficient at absorbing information, and perhaps even grant it access to reservoirs of previously hidden creativity and intuition? 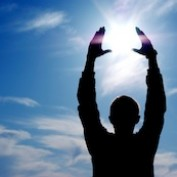 Driven by this theory, Silva began a thorough process of research and experimentation, starting with his own children. By training them to function at brain frequency levels known as Alpha and Theta—levels of deep relaxation that most people experience while meditating or in light sleep—he was able to significantly improve their grades at school, and said that he found evidence of enhanced intuitive functioning within them. By 1953, Jose Silva had trained his oldest daughter to be a psychic. Isabel could accurately describe health problems in people she didn’t even know, people who were hundreds of miles away. When she grew up and became a nurse, she used this ability frequently to be prepared when emergency cases were brought in. During operations, she could often tell what was going to happen before it happened, so she was ready to respond instantly. Doctors who worked with her didn’t know how she did it, but as you might imagine, they wanted her working with them for her “medical intuition”.
Jose Silva’s discovery, which he called “The Silva Method”, went on to become the basis of many personal growth programs in the United States, and was covered in various media including the New York Times and The Washington Post. His first book went on to become an international bestseller, selling over 6 million copies. There are many testimonials from people from all walks of life, who claim that the Silva method of parapsychology has helped them re-focus their lives, and bring success, happiness and health. The areas where the Silva method has attracted testimonials include personal development, spiritual growth, business and career, health, and effective relationships. 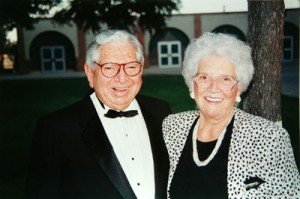 José and his wife Paula Silva

Interestingly, Jose Silver never used or made reference to the Law of Attraction. But they are linked in that many people say that the Laws of Attraction can be made to happen more quickly and more effectively, using Silva’s techniques. An example of one of his techniques involves closing your eyes and moving your eyeballs 20 degrees upward, as if you’re looking at the space just above your eyebrows. Then, slowly, at about one-second intervals, begin a countdown. 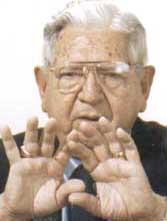 As you count, let your consciousness focus first on your head and move progressively downwards, making each body part relax as you go. When you finish the countdown, hold a mental image of yourself as youthful, healthy, relaxed, and radiant. You then go through several silent affirmations and positive statements as you count down.
Jose’s legacy and influence continues through his daughter, Laura is President of the Silva International company.