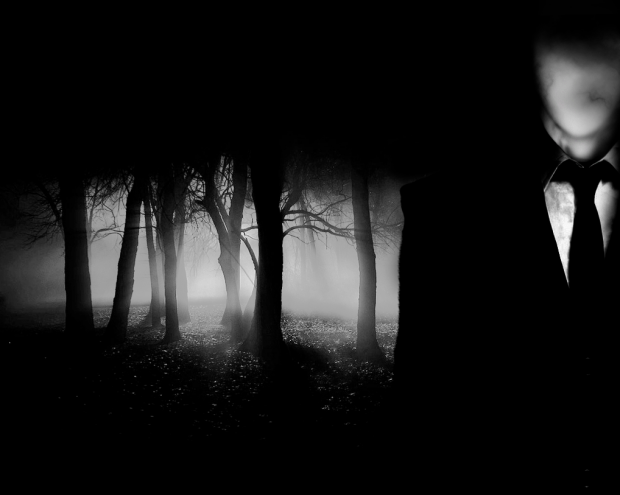 You may well have heard of Bigfoot, the Abominable Snowman, and Area 51 aliens… but the Slender Man Monster?

The Slender Man started life in 2009 as a 100%  fictional character created on the Internet by user Victor Surge on the Something Awful forums. It is depicted as a thin, unnaturally tall man with a blank and featureless face, and wearing a black suit. The Slender Man is commonly said to stalk, abduct, or traumatize people, with a penchant for children.

On June 10, a forum poster with the user name “Victor Surge” displayed two black and white images of groups of children, to which he added a tall, thin spectral figure wearing a black suit. The Slender Man. Surge supplemented his submission with snatches of text, supposedly from witnesses, describing the abductions of the groups of children, and giving the character the name, “The Slender Man”

The Slender Man soon went viral, scary stories told in short snatches of easily copyable text were contributed that spread across the net.  In 2012, the Slender Man was adapted into a video game titled Slender: The Eight Pages. The game has been downloaded over 2 million times. Several popular variants of the game followed, including Slenderman’s Shadow and Slender Man for iOS, which became the second most-popular app download. Several non-Hollywood independent films about the Slender Man have been released or are in development, including Entity and The Slender Man, released free online after a $10,000 Kickstarter campaign. In 2013, it was announced that Marble Hornets would become a theatrical film. 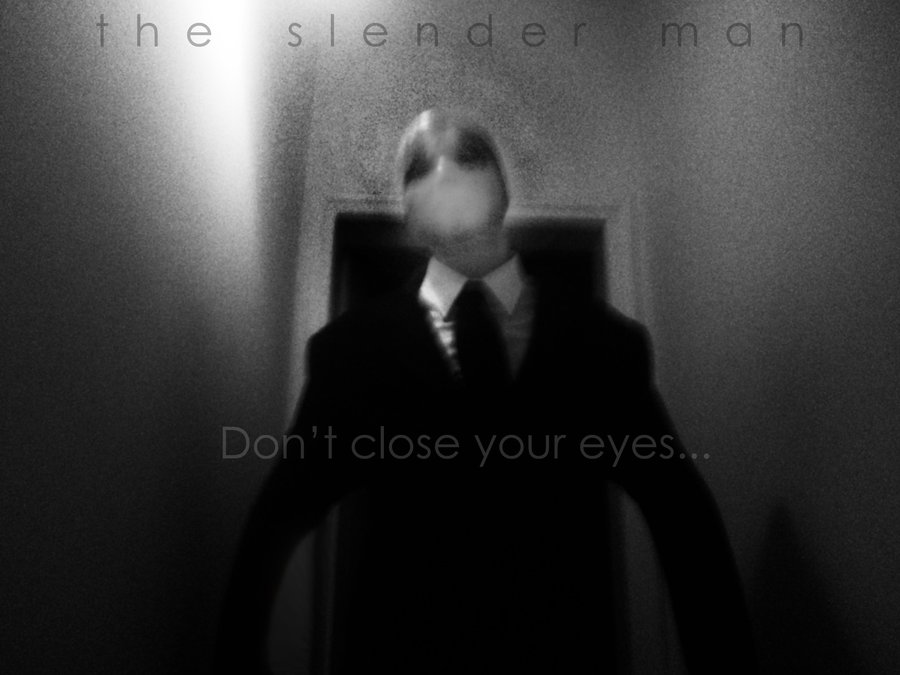 Inevitably, there are those who now claim that The Slender Man is real. He has been spotted in woods near the North American/Canadian border, and also in mid-West towns, near playgrounds and schools, after dark.

There have been some attempted abductions of children in Maryland by someone described as as tall as a basketball player, very thin, and wearing a black suit and a mask similar to that worn by the Elephant Man. Sadly, it seems that someone with the extra “y” chromosome (making a man tall, thin and prone to aggression) has decided to make a reality out of a myth. 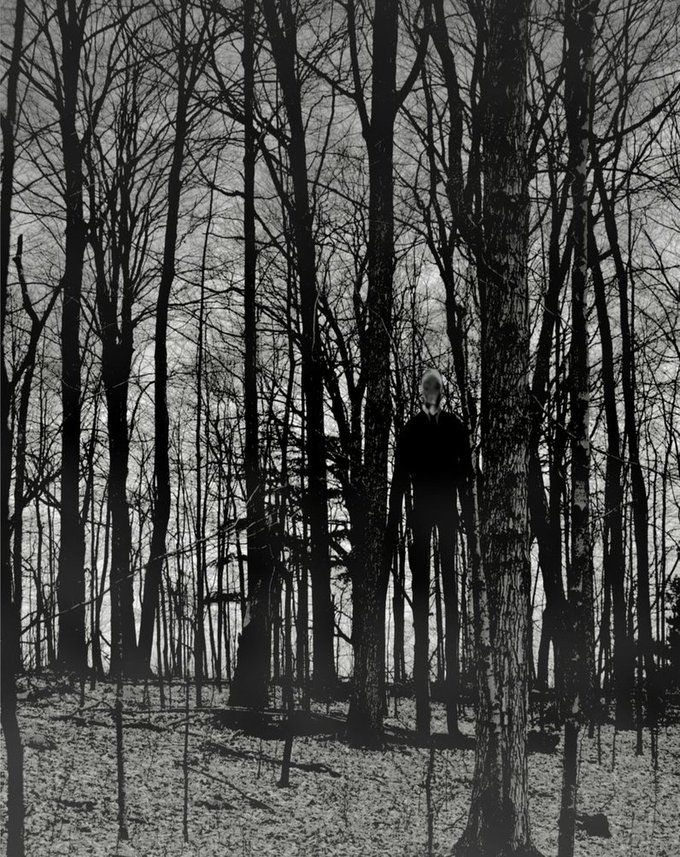