We Have Green Cars- What About the Planes? 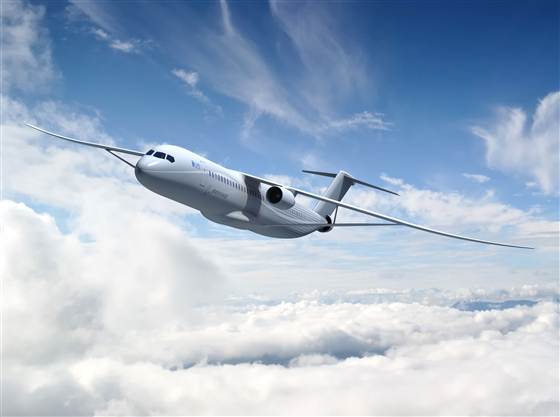 We now have eco-friendly cars; hybrids, electrics and the like.  So why can’t we use these planet-friendly energies for other forms of transport- such as airliners?   I can put up with poor in-flight food, old films and expensive drinks, but it’s the extra taxes that keep being added on to the cost of tickets because everytime we go abroad we are paying for the airline companies polluting big-time.

Martin Bradley, a technical fellow with Boeing, is leading a NASA-funded study to see the viability of planes being fuelled by liquified natural gas or electricity. Such planes might also be constructed with lighter materials, sport high-span truss-based wings, and be routed with improved air-traffic control systems. Mr Bradley commented:

“We’re not really betting on any one of those [technologies] in particular, but we are identifying some future possibilities and then trying to make sure that the technology is developed far enough along so that they can be ready if they make sense at the time,”

Think of an energy-efficient commercial jet powered by a hybrid-electric engine similar to those in cars such as the  Smart car, the Toyota Prius, Chevy Volt, or Nissan Leaf.  So the plane would plug in at the airport to recharge batteries, for example, in the same way electric/hybrid car owners recharge in their garages.  But the catch is that at the moment, such is the thrust needed to get even a lighter built airplane off the ground, conventional fuel would be needed for take-off.  Electricity would power the engines, at least in part, on level flight and coming in to land.

Electric Batteries are the biggest headache. They are heavy compared to conventional fuel and unless some new breakthrough occurs will likely will be so for the foreseeable future. Unless you’re only carrying only one passenger with no luggage,  there seems to be no way round this.

This engineering work, in turn, could translate to a plane that requires 50 percent less energy to fly than today’s commercial jets. And that means the battery only needs to be about half as big. That means we could be on the way to a partially green plane. Maybe a sort of bluish-avocado plane?

A similarly designed plane could also be powered by liquefied natural gas, Bradley and his colleagues have found in the course of the SUGAR study, (which stands for Subsonic Ultra-Green Aircraft Research).

Challenges for liquefied natural gas are primarily the fuel tanks on the airplane and re-fueling infrastructure at the airport, Bradley noted. “Once you inject it into a jet engine, it actually burns really well,” he said. But there may be issues of storage at airports, and it’s not like conventional aviation fuel where you bang in the nozzle and shoot the fuel into the wings.

The advantages to using liquefied natural gas include what may be low cost due to abundance and its lower greenhouse gas emissions compared to conventional jet fuel. Whether or when any of these technologies are pursued in commercial jets in the future depends on the flight communities attitude to the future:  Are we going to go serious on reducing greenhouse gas emissions to combat climate change, or just shrug and say, fossil fuels are cheap,  still around, and there to be used.

I guess this all adds up to something that’s not going to happen overnight. The new technology is not being developed to the point where it can be introduced, but to a point where you can say IF you want to go down this route, we have seen the feasibility of it.  That’s better than doing nothing!

Here’s a video telling you more: Future of Planes

One thought on “We Have Green Cars- What About the Planes?”